Hydraulic cylinders for positioning the cell of flight simulators require fast and reliable position feedback of the shaft for dynamic control. In combination with a suitable proportional valve, a hydraulic cylinder can be upgraded to a positioning drive that can generate high acceleration forces on the cell of the flight simulator. Inductive sensors with pressurized housings up to more than 400 bar are used for position monitoring and controlling and are integrated into the cylinder body. The inductive displacement transducers (LVDT linear variable differential transformer), supply the absolute position value of the cylinder and the position of the cell of the flight simulator in the respective axis with highest accuracy and very dynamically. 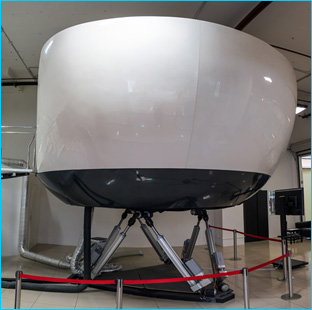 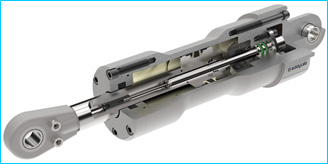 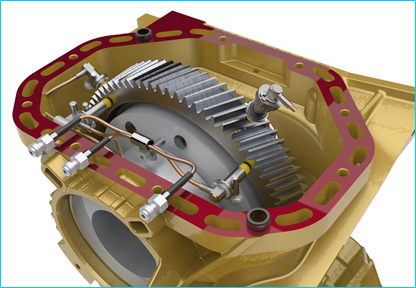 Material testing machines apply load to a test sample until it breaks and record the force-deflection graph for material characterisation during deformation. The machine itself consists of a stable frame with base structure and has fixed and movable parts. In between is the test sample. A spindle or hydraulic cylinder with a punch acts on the moving part and applies a defined increasing force to the test sample until it breaks. At the moment of fracture, the forces released act as a shock to the entire system and cause strong mechanical stress on the measuring systems. 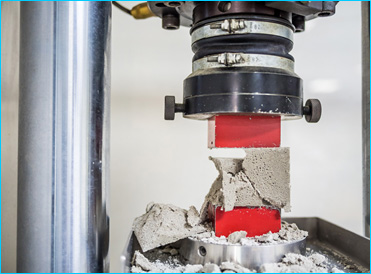